Paszek stuns Wozniacki in 1st round at Wimbledon 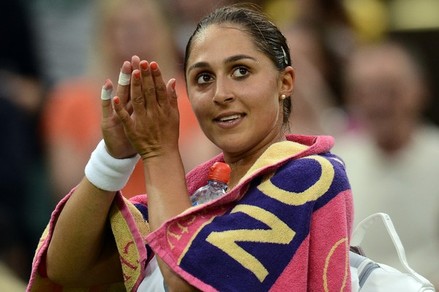 Tamira certainly wasn’t an easy opponent, coming off a win at Eastbourne for her third WTA title. Against Caroline on Centre Court, she hit two winners to save match points when trailing 5-4 in the second set. Tamira erased an early break in the decider but failed to serve out the match at 5-3, only to break the Caroline again to clinch the match.

Caroline has yet to win a title this year, was eliminated in the third round of the French Open and lost her first match at the grass-court warm-up tournament at Eastbourne. After ending both 2010 and 2011 as the top-ranked woman, she has fallen to No. 7, and has not managed to come up with the goods to win a Grand Slam title.

Tamira now comes up against No. 58 ranked Alize Cornet of France. They are 1-1 in their head-to-head series, but have not played on grass.