Venus Williams, Oudin, and King from the U.S.A. are 1st round losers at Wimbledon

Home/WTA Tennis Tour News/WTA Wimbledon/Venus Williams, Oudin, and King from the U.S.A. are 1st round losers at Wimbledon 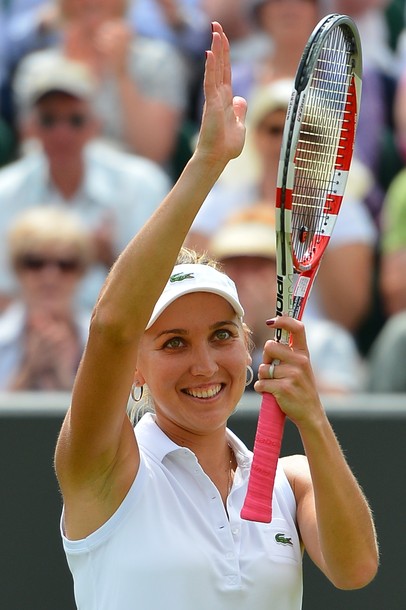 No. 79 ranked Elena Vesnina of Russia had a relatively easy first round match against 5-time Wimbledon champion Venus Williams of the USA, in the 1st round of the 2012 Wimbledon Championships, defeating Williams 6-1, 6-3.

Williams, currently ranked No. 58, took nearly seven months off from professional tennis, adjusting her diet and fitness regimen to counter Sjögren’s Syndrome, a disease that tends to make its sufferers fatigued and causes joint pain. Williams returned in Miami this spring. Since then, she has done just enough to qualify for the Olympics, which will be held at Wimbledon a month from now. Williams won gold in women’s singles in 2000, and gold in doubles – pairing with her sister, Serena Williams – in 2000 and 2008. Venus said: “It’s just a couple of months into getting back. Life is challenging, but I’m always up for a challenge. The Tour will be around for a few more months this year, and I will just continue to try to improve my game.”

Another match involving a U.S.A. player was called due to darkness. Christina McHale of the U.S.A and Johanna Konta from Australia split sets 7-6(4) for Konta and 6-2 for McHale, and were tied at 7-all in the third set when it was called. Wimbledon does not have a tie-break in the final set.