Who is Rajeev Ram?

Tennis fans can be pretty avid, but many of them would be hard-pressed to recognize players that don’t show up on TV much. The ATP Tour has more than a thousand participants, many who are far from household names.

India has produced its share of very good players: the Amritraj brothers, Ramesh Krishnan, his father, Ramanathan Krishnan. It’s fair to say that as American tennis is struggling, Indian tennis is likewise struggling. In recent years, Mahesh Bhupathi and Leander Paes have been the two notable players, winning Grand Slam titles in doubles.

Who is the highest ranked male Indian player? The answer is, it depends. If you want to know the highest ranked Indian player that represents India, it is currently Somdev Devvarman, ranked 127 in the world. You may not know about him, unless you were an avid University of Virginia tennis fan. Devvarman won the NCAA Division 1 Men’s Tournament 2 years in a row, and was in the finals one additional year. He recently turned pro and has been trying, like most players, to get his ranking higher. He reached the finals in Chennai (in India) earlier this year losing to Marin Cilic on clay.

But if you ask who the highest ranked male Indian player of Indian descent, then that man is Rajeev Ram. Ram (pronounced more like “Rom” or “Rohm”) is American. Born in Denver, he know lives in Indiana. Much like the Chinese migration that eventually lead to players like Michael Chang (or Kevin Kim), the Indian migration to the US (and other parts of the world) has increased dramatically, especially since the 1980s, so it was only a matter of time when someone of Indian origin would become a ranked tennis player.

Ram is currently ranked 108, which is his highest ranking ever. His ranking was based mostly on the strength of winning the International Hall of Fame Championships held in Newport, Rhode Island, which was concluded last week. He beat Sam Querrey in the final in what amounts to an upset. Ram is entered this week in Indianapolis.

Indianapolis is an ATP 250 event. To give you an idea of what that means. There’s the Grand Slams. There are the Masters 1000 beneath that. Then the ATP 500. Then the ATP 250. These events rarely draw the top pros. You’re unlikely to see Federer, Nadal, Murray, or Djokovic play these events. But they are just strong enough to get players just outside the top 10 (Andy Roddick decided he wasn’t well enough to play this week, so he dropped out).

Rajeev Ram’s rankings were low enough at the time the players had to get their names in that he couldn’t qualify for the main draw. But due to his recent win, and that he’s an American, he got a wildcard.

With that wildcard, he beat Devin Britton in the first round, 6-3, 7-5. Who is Devin Britton? Britton has something in common with Somdev Devvarman. He won the NCAA Division 1 Men’s Championship in tennis. Unlike Somdev, he won it as a freshman. Britton reached the semifinals of Wimbledon juniors where he lost 16-14 in the third set (the same set score Fed beat Roddick) to his doubles partner, Jordan Cox. Britton promptly turned pro and was invited to hang out with the Davis Cup team in their tie against Croatia, the week after Wimbledon.

And what does Rajeev Ram get as a reward for this victory? In the “what goes around, comes around”, he gets to face Sam Querrey once again.

Oh yes, in the “it’s a small small world” category. Somdev Devvarman wasn’t the only guy who did well at Chennai. Rajeev Ram won the doubles title in Chennai this year.

So keep an eye out for Rajeev Ram.

And if you a Twitter kind of person, he was given a shout out by Andy Roddick. He’s listed as @RajeevRam. Give him some love. 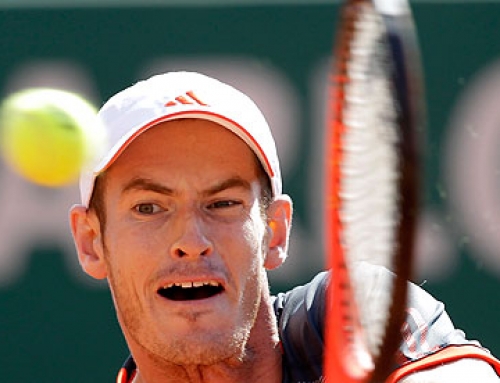 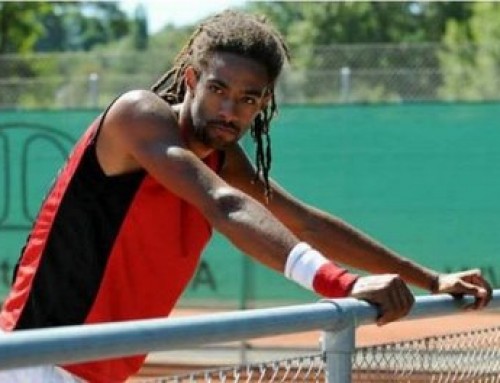 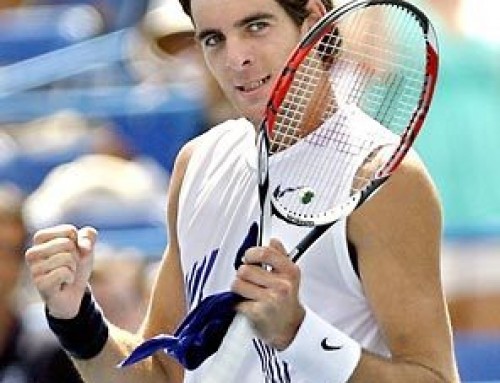 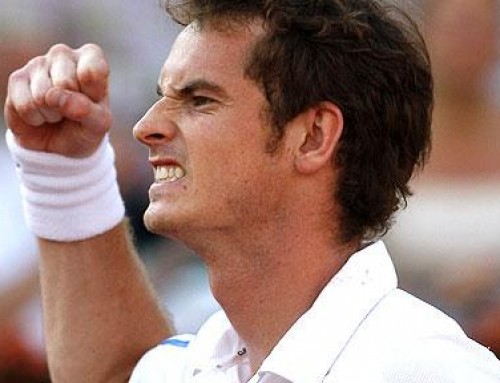 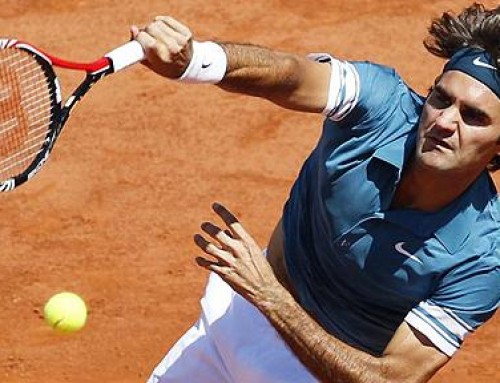