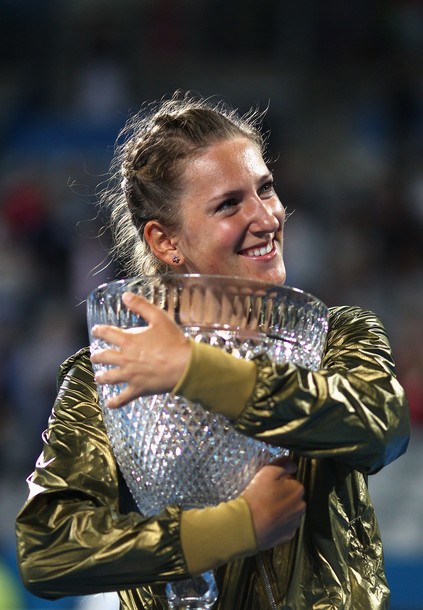 No. 3 ranked, Victoria Azarenka of Belarus defeated No. 5 ranked Na Li of China in the final of the WTA Apia International played in Sydney, Australia on Friday.

Azarenka overcame a second-set lapse in the Australian warm-up tournament for a 6-2, 1-6, 6-3 win over last year’s champion Li.

After staying on serve until 4-3 in the deciding set, Azarenka broke Li for a chance to serve out the match, saving two break points in the process.

Li still holds a 4-3 advantage in career matches over Azarenka. And Li is 18-2 in singles matches in Australia since the start of last year. Her only other loss in her last four tounaments in Australia came in last year’s Australian Open final against Kim Clijsters

Both Li and Azarenka should be heading into the Australian Open full of confidence, ready to make a strong showing.