Sharapova Ousted in 1st Round by Safarova 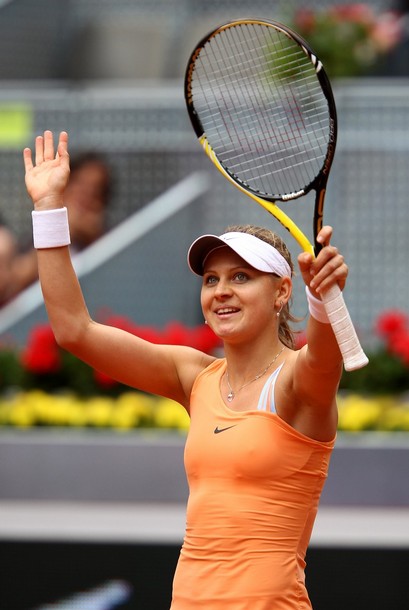 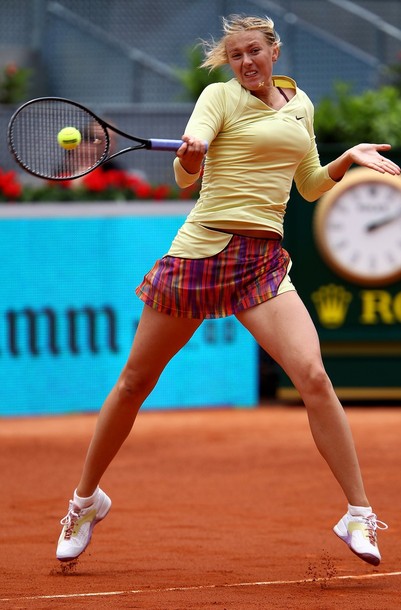 No. 11 seed, Maria Sharapova of Russia, was sent packing after the first round of the 2010 WTA Mutua Madrilena Madrid Open being played in Madrid, Spain this week by No. 30 ranked Lucie Safarova. It was a straight sets match for 23-year-old Safarova from the Czech Republic.

It is the first time these two have met on court. Sharapova undoubtedly didn’t like this introduction.

It was Sharapova’s first match since March, when she was sidelined by a right elbow bone bruise. After the match, Sharapova said: “It’s a struggle trying to find the rhythm… I thought

[Lucie] played really solid, good tennis and did everything she needed to win the match. More solid than me anyway. I certainly had my chances in the match, and a few balls here and there that I maybe would have made if I had the matches under my belt.”

Safarova had this to say: “If you win against these top players, as I have the last couple of months, then you get your confidence and you realise you can be up there.”

Safarova defeated #2 Caroline Wozniacki (who was also returning from an injury) in Stuttgart on April 29, and defeated Francesca Schiavone, Shahar Peer, and Flavia Pennetta in Paris in February.