In this four part email series I’m going to tell you exactly what to look for to make that a reality.

Here’s some quick links to the first two parts in this series in case you missed them:

Combine this tactical knowledge with the new plays Will Hamilton is releasing (Video 3 here) and your doubles game will reach the next level in no time.

Let’s dive right into the third P of Lob Reading:

The physical location of your opponent plays a massive role in which shot selection they’ll use.

Different positions tend to force players into different phases of play (offense, neutral, defense) regardless of the other two P’s being present (more on that in a second).

Here’s a quick example of that from Federer. 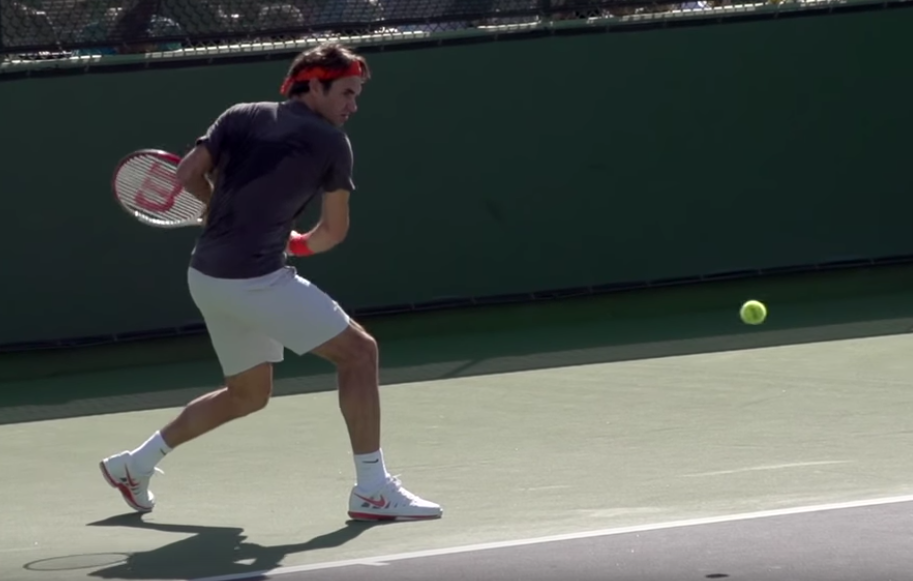 Roger is just a few inches from the harsh mark in the middle of the baseline and it’s easy to see from his preparation that he’s lining up for a topspin drive.

His balance is excellent, his posture is upright, and everything is loaded up to transfer a lot of energy into the ball.

Chances of playing defense from this position with all those other factors present is extremely low…..even if we were looking at a 3.0 level player!

Contrast that with this freeze frame from the same practice session: 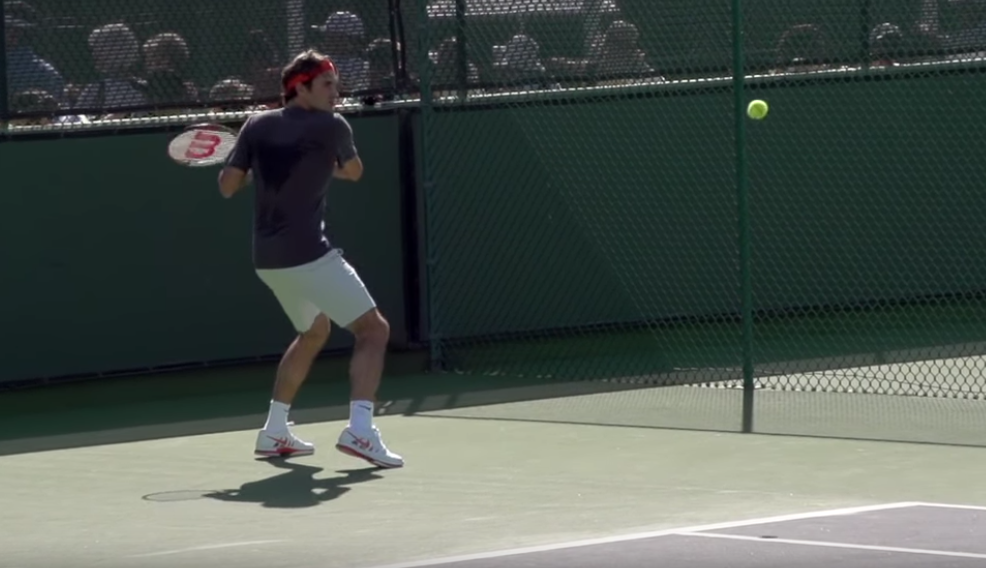 Here’s where things get interesting…

You can tell by Roger’s coil and racquet preparation that he’s getting ready for a topspin or drive backhand.

BUT, check out his position on the court.

He’s a solid 7-8 feet behind the baseline and outside the singles sideline.

Plus…notice how he’s starting his swing with most of his weight on his back foot.

Chances of him hitting an offensive rocket from this position are extremely low….even for Roger. Apply all those same elements to your local competition and offense is basically impossible.

Defense is on the way!

Hopefully you can start to see how poise and preparation blend with position to start painting a full picture of what’s coming next.

If none of those three elements are present (the first image above) after your approach shot then a passing shot attempt is very, very likely.

Two (the second image above) means a lob is quite likely…

You can check out a perfect example of world class players talking through their lob “spidey sense” in the newest doubles strategy video from Will Hamilton:

You’ll see both Gigi Fernandez and Martina Navratilova explain what they look for when deciding whether to poach, cover the alley, or cover the lob.

Be sure to check it out and apply it to your very next match.

Hopefully this series has already been helpful but the forth “P” is possibly the most important and I’ll be revealing it next.

It’s the critical “x factor” to reading your opponents like a book and getting a big jump on what they’re going to do next after you approach the net.

Until then, thanks for reading and keep up the great work on your game.