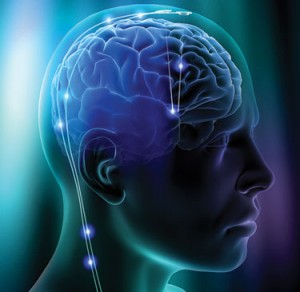 Today I will be discussing two different questions from Aaron in Australia, who is a Singles Domination student. The first question is dealing with what he calls “being externally focused” which is a great phrase and means being more aware of what is going on around you as far as what your opponent is doing, and what to do strategically during a match.

We are also going to discuss how to stay relaxed and calm during a competition.

We will address these questions as two sides of the same coin:

“How do I get better at reading the game and staying externally focused?  When I started tennis a couple of years ago all of the focus went into getting the mechanics of strokes right. My own foot work, serve, movement, etc. While that was no doubt necessary, I find that it is a problem now that I am improving. I often find no matter how hard I try in the game to focus on what my opponent is doing, I just feel like I am not on the ball as far as this is concerned.”

Aaron then gave the example of hitting a great shot into the corner during a point, he knows he put his opponent in trouble, but he doesn’t react.  He knows the right play would be to close in, take the next ball out of the air and win the point.  Instead he realizes this seconds too late and gets stuck on the base line with his coach yelling behind him “you should’ve moved in”.  Which he knows, just forgot while he was focusing on his footwork, technique, etc.

So how do we move away from focusing on ourselves, and becoming more externally focused?

Here are a couple of points:

First of all, initially, the focus HAS to be inward.

Don’t feel badly at all about the fact that you’ve been internally focused up until this point.  My coach a long time ago told me that there are four phases to being good at anything in life, not just athletics.

Phase One, Unconsciously Incompetent: You don’t really have any information about it, and you’re not really good at it.

Phase Two, Consciously Incompetent: You have some information about whatever it is, but you still aren’t good at executing it.

Phase Three, Consciously Competent: You have that information about whatever it is and you’ve become good at executing it correctly, but you still have to be consciously aware of it.

Phase Four, Unconsciously Competent:  You have all the information and have become so good at executing it, that it takes no effort of thought to do so. You are able to go out and perform, without needing to think each process out. You no longer have to micro manage each aspect.  I.E. With a serve, you no longer have to think about how you toss the ball, how you want your wrist to move etc.  At this phase, able to focus about external things such as what your opponent is doing.

Phase Four is where you want to be, and will ultimately determine wether you win or lose, because you have the ability to be aware of the external things, and then you are able to adjust your strategy accordingly.

Secondly;  Nobody is born a tennis player.

I have previously discussed a book called “The Talent Code” –it talks about the phases that everyone needs to go through to become really good, or virtuoso at anything.  He talks about tennis players specifically in the book.

Aaron is in the consciously incompetent phase for this part of his game.  The identification and anticipation, strategically, of what he is trying to accomplish is in his head.  So the good news is he’s got the knowledge, he knows what he should be doing and how it should be done.  The bad news is he isn’t doing it without having to force himself to do it.  He isn’t doing it unconsciously yet because he is still focusing on himself and internalizing the processes he needs to do. When that process is more natural and unconscious he will be able to focus on what needs to happen next, and score the next point.  He will need to keep training so that he can react correctly, and again, different people need different amount of time with each phase.  As he trains he will move toward  the consciously competent phase, where he will anticipate that yes, I hurt my opponent and I should move in for the point.  And he will start to do so.  After that, with many repetitions of this conscious competency, he will automatically begin to do it.

Bottom line, strategy is just like any stroke.  It takes time to learn, and even more time to make automatic.

Just because you “know it” — doesn’t mean it’s just going to happen.  You have to start to program yourself where it starts to happen automatically.  Hopefully even a little bit, or that your recognize it soon enough, that you can do it on the fly.  You still might have to remind yourself, but in enough time that you can take advantage of it.

My number one message to Aaron, and everyone reading this : Be Patient.

I know you think, maybe sub-consciously, that after all the studying, and work put into the game of tennis, that it all should just happen after all of that.  Unfortunately its not the case. For the vast majority of people, it takes a lot of repetition for technique and strategy to become habit.  In the meantime, enjoy the fact that you get to work on this.   You get to make little changes and improvements here and there, moving closer and closer to the level where you strive to be at.  Tennis is a fun game, and enjoy the fulfillment you get with the process.

Don’t judge your successes or failures based on whether or not you automatically do the things you learned. It will take time.

Now I will move on to Aaron’s second question that ties in nicely with his first:

“How can I learn to retain a sense of calmness and relaxation on the court?”

This basically addresses a sense of mental toughness.  While it is a different topic, it ties into the first question because being able to play calmly and relaxed under pressure situations, like competition, is a skill itself. It’s not just some magical thing that some people have and some people don’t. It’s something you have to train yourself to do, to be calm and be relaxed.  It’s just like a forehand, or strategy– its just different because it’s more mental.  Its not a physical, tangible thing, but it is still a skill.

The ONLY way to be good at it is experience.

Some people seem like they are naturally good, and natural born competitors.  I am sure you’ve seen someone like this in your own experience.  The person who does really well in the high stakes games and seem like they were born to compete. They don’t panic, and are able to compete in these high pressure games.

I can promise you, that this type of person has had experience in tennis specifically, or some other sport or endeavor that allows them the cool, calm, and relaxed state that gives them the confidence to continue hitting the ball in a way they know they can.

Just like technique, or tactics, or strategy, mental toughness is not something that someone is born with.  You have to develop it, just like any other skill.  Mental toughness is a skill, and it takes experience to build up the ability to perform well in pressure situations.

Tennis boils down to three arenas:

These three arenas all all equally important aspects of the game that need to be honed and worked on.  If you ignore any of these areas, you wont become the best tennis player you can be, and will not live up to your potential.

They are all very different areas, and this is part of what makes tennis interesting, you cant just be good at one of them and be a truly great player.

Going back to Aaron, great questions.  For someone who has only been playing for two years you are doing just fine.  You’ve made many huge improvements, and with only one year of competition, I don’t want you to be frustrated at this point.  You have so much a head of you–rather than being annoyed, enjoy this point of your tennis career.  You are young, with many decades of tennis playing a head of you, with so much to learn and enjoy.  You can approach learning new things as part of the fun–”what more does tennis hold for me?”–instead of becoming frustrated by it.

I really hope you get to that unconsciously competent phase in the near future.  Even if you don’t, I hope you enjoy the process and journey that you’re on, trying to become good at all these different types of skills to become the best player possible.