Clijsters through as ailing Zvonareva retires 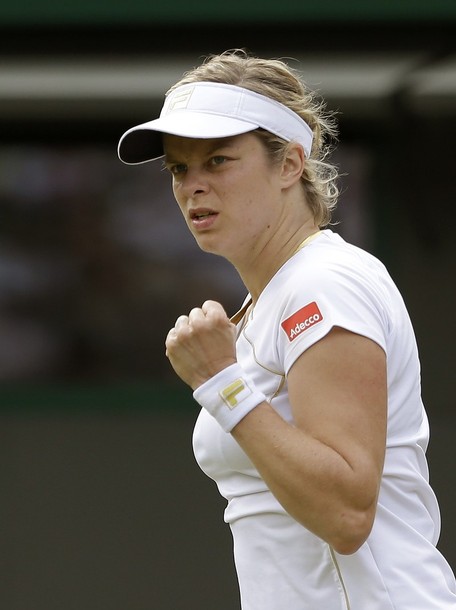 Unseeded Kim Clijsters of Belgium won an easy match over No. 12 seed, Vera Zvonareva of Russia in round three of the 2012 Wimbledon Championships.

Kim dominated the 1st set winning 6-3. Then in the 2nd set, Vera left the court for treatment after a respiratory infection made it difficult for her to breathe. She ended up retiring trailing 4-3 in the 2nd set.

Zvonareva, runner-up at the All England Club two years ago, said she had been suffering with the problem for the last four days after retiring on a blustery Court One.

“I had to retire. It was not possible for me to play. You never want to retire during the grand slam, one of the great matches when you are playing a good player. It’s never good,” Zvonareva told reporters.

Kim, 29, Wimbledon semi-finalist in 2003 and 2006 and currently ranked 47th in the world, will play German eighth seed Angelique Kerber for the first time in the last 16.

The Belgian, who has been nursing her way back from an abdominal strain, said she had yet to think about her big send-off at the U.S. Open but admitted Wimbledon looked a little different knowing it would be her last.

“There’s definitely been moments where I think like, Oh, I’m going to take a good look around; I’m going to take these emotions in,” Kim said. “It’s fun. It’s nice to be looking at sports in this kind of way.”

Since this is Kim’s farewell Wimbledon, it is great to see her get through another round.