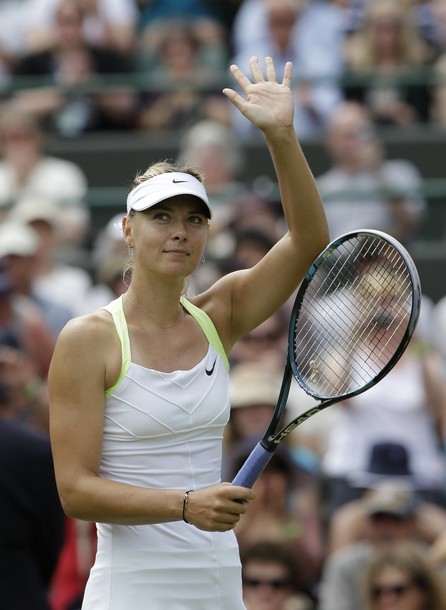 Maria fought off 5 set points in the first set before taking it to a tie-break and winning the set 7-6(3). Maria was then up a break in the second set at 3-1 when the match was called on Wednesday due to darkness.

When the match resumed on Thursday, Maria immediately lost her first service game. Pironkova fought hard taking the 2nd set to a tie-break. Maria struggled on serve, committing several double-faults to lose the tie-break at 7-3. Maria then found her championship composure and overpowered the Bulgarian in the deciding set, reeling off six straight games in less than 30 minutes.

Sharapova is coming off her first French Open title, which completed a career Grand Slam. She’s aiming for a second Wimbledon crown after winning in 2004 as a 17-year-old.

Maria will now face No. 62 ranked Su-Wei Hsieh of Chinese Taipei. The two have never played each other before.